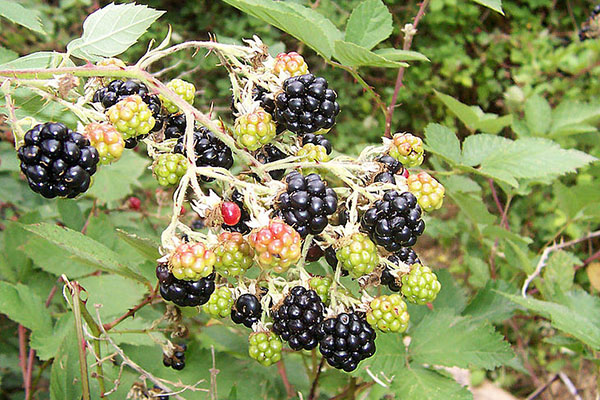 Cultivated blackberry is a bush with a horizontally placed root. The root has branches which could be as long as 1 to 3 meters. They are partly in the earth and partly climbing around other branches. The plant has a lot of slender, long, curved branches covered with thorns. Leaves in the form of a palm consist of 3, 4 or 5 petals. It blooms in bouquets. Flowers are white or light rose and give the appearance of roses. It grows very often in large groups in the forest, in clear areas, in reddish soil, amongst bushes, by the fields, and also on unfertile land.

Healing characteristics: Leaves of cultivated blackberry can be used for producing medicine against diarrhoea and bloody diarrhoea. It is recommended as a tea which should be drunk for long periods of time – it is beneficial for the stomach, especially if it bleeds, intestinal inflammation and chronic irritation of caecum. Tea which is made from leaves of cultivated blackberry is good for the blood: it reduces or cures rashes, lichen and other skin problems. Tea which is made from the dried and chopped root part is used as a cure for watery illnesses. Blackberry fruit induces relaxation when suffering from insomnia. 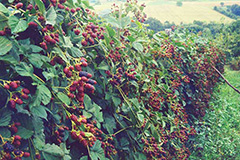 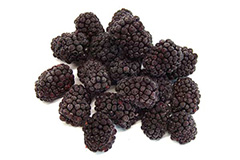 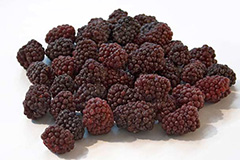 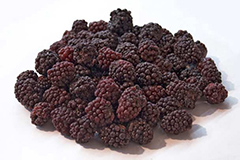 “Zadrugar” d.o.o. was founded in 1990 in Ljubovija. The company is engaged in purchasing, freezing and processing of all berrylike fruits.